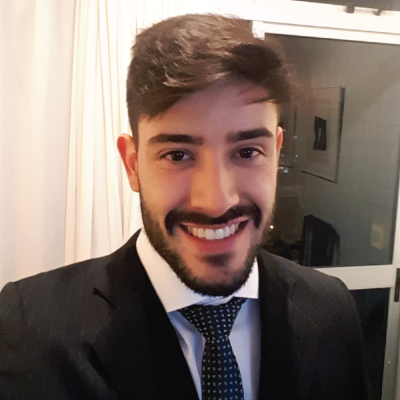 Ricardo is a Master’s student in Economics at the University of São Paulo, Brazil where he has been working on his thesis that explores how traffic congestion affects the lives of people in São Paulo City. The thesis’ main objective is to explore: ‘How much are people willing to pay to avoid the congestion?’, a question that ultimately can endorse an urban toll to private vehicles in some areas of the city. To answer the question, Ricardo applies Structural Econometric Models combining data from multiple sources, but specially from the Origin Destination Survey by São Paulo’s Metro Company and Google Maps. Ricardo’s thesis project was awarded a fellowship by “Instituto Escolhas” which aims to improve the debates surrounding sustainable development and policy decisions.

As an undergrad Ricardo was already interested in economic research and has been a junior research assistant for three different Professors, particularly studying Labor Economics. But it was working for a consultancy group that Ricardo got his first contact and developed a growing interest in his main research focus — Environmental and Urban Economics and Policy. He worked on environmental licensing processes for public and private building enterprises, especially anticipating consequences for real estate markets to support compensation and mitigation actions for environment and housing as required by the legislation.

In 2016, Ricardo joined an international research group whose focus is to identify impacts of forest cover change over the economy and natural goods provision in Brazilian Amazon. He contributed on data analysis and literature review on projects about Brazilian Forest Code effectiveness and Fish Ponds economy, but his main efforts are dedicated to estimate the opportunity costs of Forest Code compliance at the project “Getting ranchers to reforest riparian areas”.

Ricardo is part of the Gibbs Lab team since the beginning of 2017. His main work is using programming skills to put complex land use data sets together, leading small groups on new data validation and collection, always interacting with other members to provide them better and clearer information. Besides that, he has been on field work and cattle ranchers’ conferences in Brazil bringing data, contacts and news from key informants to the Lab.

When not in the office or the classroom, Ricardo’s main activity is practicing sports. His favorite one is playing soccer with his friends. If not playing soccer, he likes to be on the companion of his friends going out around the town anyways.