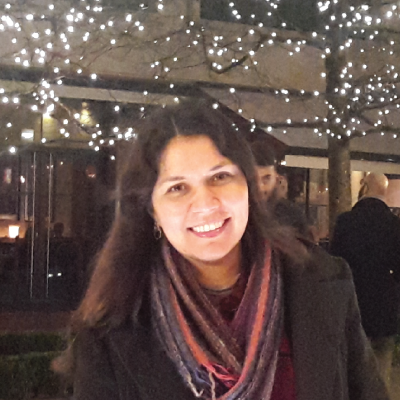 Juliana Brandão is a Brazilian lawyer since 2006 and earned her PhD in Environment and Resources at The Nelson Institute in 2021. Her dissertation was about "Strategies for reducing modern slave labour in the cattle supply chain in the Brazilian Amazon". Currently, she is contributing with the Brazil's team in the Gibbs Lab.

She is also an expert certified in Brazil both in labor law by the Centro Universitário do Pará (CESUPA) and public law by the Universidade do Sul de Santa Catarina. She earned her masters in International Commercial Law from the University of Nottingham, United Kingdom, where she was granted with the Latin America Masters Scholarship in partnership with Santander and an award from the Santander Scholarship recognizing her outstanding performance and dedication in the field of study. She also an expert certified in International Institutions & Environmental Protections and in Environmental Issues in International Business by the American University Washington College of Law, Washington, DC, USA.

As a lawyer, she worked in many law offices representing companies mainly in labor law and giving legal advice in order to prevent further litigation. During this time, she was a trainee in International Law at Pace Law Firm, in Toronto, Canada. After seven years as a lawyer, she became adviser to a judge in Brazil, at the State of Pará Court of Justice. She worked as a law professor at Faculdade Pan-Amazônica in Brazil during this time as well.

In her leisure time, she enjoys travelling, jogging, and dancing.